You Are Here helps you find your place in space and time. Enjoy an illuminating visit to the Black Rock City Historical Museum, which documents the rich history of our city over the centuries, then consider your new perspective on location in our eye-catching sculpture. 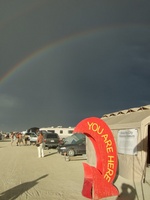 The BRC Historical Museum guided participants on a journey through our city's past using a variety of photographs, statistics, descriptions, drawings, personal accounts, and reconstructions based on archaeological research. Our goal was to engage, educate, and entertain visitors and have them leave with an understanding and appreciation of a Black Rock City that stretches back farther than they previously thought possible. 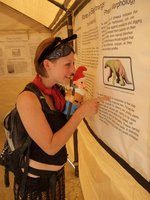 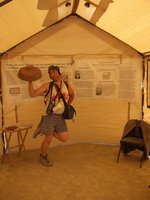 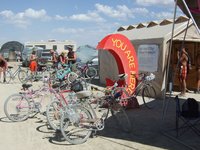 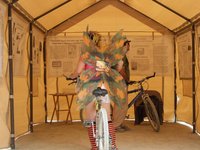 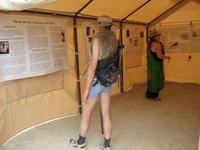 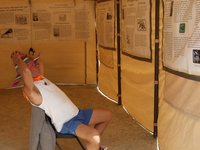 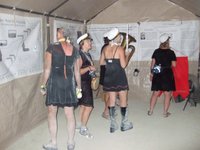 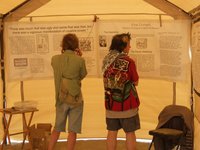 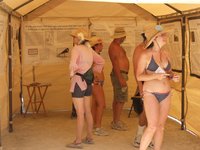 Museum visitors were encouraged to take a postcard with them as a memento of their visit. 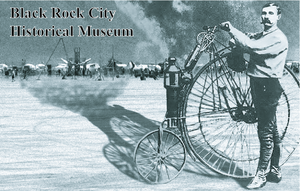 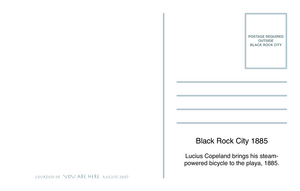 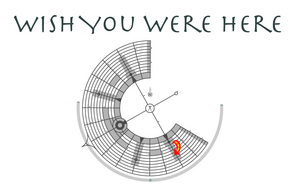 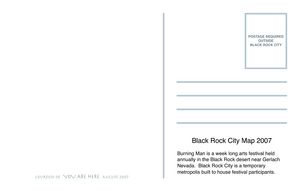 You Are Here was an unmapped camp in 2006, and a mapped theme camp in 2007. In both years, we turned the entire city into a conceptual art installation revolving around the ideas of identity, presence, and assumptions.

At our camp we installed a giant red You Are Here arrow. At night, it was lit by electroluminescent wire. The arrow is also a chair in which people can sit and contemplate where they are in relation to the city and what that means to them and to others. This simple sculpture was wildly popular with passers-by. 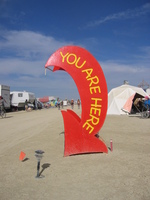 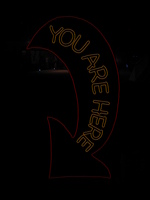 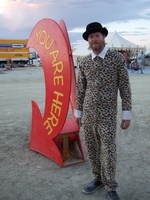 During Exodus, the arrow was annotated by our neighbors to read You Are Still Here. The arrow is just visible in an overhead view. 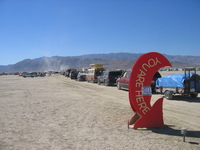 In 2006, we posted over 100 laminated maps at street intersections all over the city. 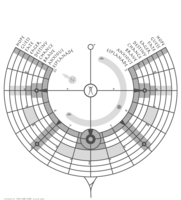 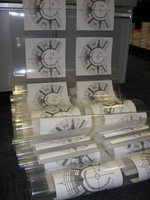 We meticulously designed the maps to be useful and beautiful. Affixed to each map was a red You Are Here arrow, exactly like the one in our camp, and placed on the map to accurately indicate the position of the real-life giant red arrow. To help people navigate using our maps, and to avoid confusion, the maps were posted on street signs. While some maps were left unchanged, others were altered and annotated in both obvious and more imaginative ways. 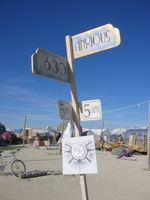 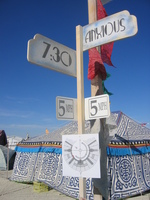 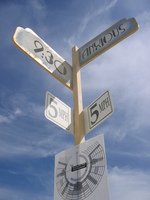 We also distributed Wish You Were Here postcards featuring the map, as did our calling cards. 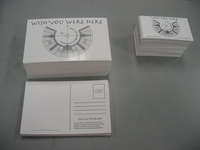 We continued the project in 2007. Although most playa maps have the 6:00 Man-Temple axis pointing up, as did our 2006 map, our 2007 map had north up. It simultaneously confounds local orientation and supports global orientation, juxtaposing assumptions about the traditions of Burning Man and the traditions of conventional cartography. We knew our location in advance, being an official theme camp, so the red arrow was printed onto the map under the lamination rather than being a sticker that could be moved. Nevertheless, other participants were still inspired to interact with the pieces. Another juxtaposition was the location of camp "Over There", also documented on our map. 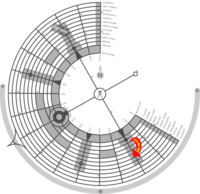 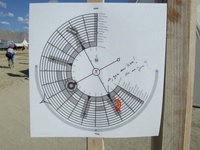 In previous years, we were individually involved in L2K, Camp Sunscreen, Roller Disco, Church of Mez, Burning Band, gASSo, and The Evil Space Unicorns, and also volunteered significantly for a variety of municipal service, infrastructure, and post-event cleanup activities, as well as performing in the burn ceremony and running safety and radio services for it. Collectively, 2007 was our 37th burn since 1998.